Economic progress is often used to measure a country’s success. However, some people believe that other factors are more important.

What other factors should also be considered when measuring a country’s success?

Do you think one factor is more important than others? 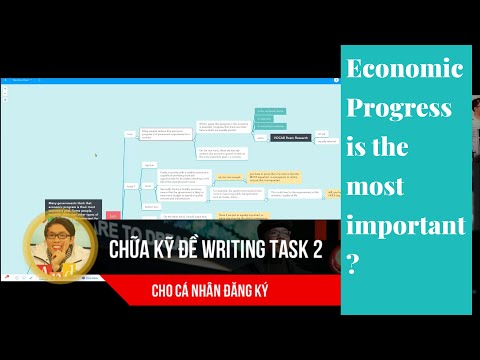 The relative success of different countries is usually defined in economic terms. There are several other factors, apart from the economy, that could be used to assess a country, and in my opinion education is the most important of all.

Standards of education, health and individual human rights should certainly be considered when measuring a country’s status. A good education system is vital for the development of any nation, with schools, colleges and universities bearing the responsibility for the quality of future generations of workers. Healthcare provision is also anindicator of the standard of living within a country, and this can be measured by looking at average life expectancy rates or availability of medical services. Finally, humanrights and levels of equality could be taken into account. For example, a country in which women do not have the same opportunities as

men might be considered less successful than a country with better gender equality.

In my view, a country’s education system should be seen as the most important indicator of its success and level of development. This is because education has a considerableeffect on the other two factors mentioned above. It affects people’s health in the sense that doctors and nurses need to be trained, and scientists need to be educated to thehighest levels before they can carry out medical research. It also affects the economy in the sense that a well-educated workforce will allow a variety of companies andindustries to flourish, leading to trade with other countries, and increased wealth.

In conclusion, nations can be assessed and compared in a variety of ways, but I would argue that the standard of a country’s education system is the best measure of its success.

Here’s the full essay that I wrote with my students for the question below.

Many governments think that economic progress is their most important goal. Some people, however, think that other types of progress are equally important for a country.
Discuss both these views and give your own opinion.

People have different views about how governments should measure their countries’ progress. While economic progress is of course essential, I agree with those who believe that other measures of progress are just as important.

There are three key reasons why economic growth is seen as a fundamental goal for countries. Firstly, a healthy economy results in job creation, a high level of employment, and better salaries for all citizens. Secondly, economic progress ensures that more money is available for governments to spend on infrastructure and public services. For example, a government with higher revenues can invest in the country’s transport network, its education system and its hospitals. Finally, a strong economy can help a country’s standing on the global stage, in terms of its political influence and trading power.

However, I would argue that various other forms of progress are just as significant as the economic factors mentioned above. In particular, we should consider the area of social justice, human rights, equality and democracy itself. For example, the treatment of minority groups is often seen as a reflection of the moral standards and level of development of a society. Perhaps another key consideration when judging the progress of a modern country should be how well that country protects the natural environment, and whether it is moving towards environmental sustainability. Alternatively, the success of a nation could be measured by looking at the health, well-being and happiness of its residents.

In conclusion, the economy is obviously a key marker of a country’s success, but social, environmental and health criteria are equally significant.